New on HEB: Oplontis Villa A (“of Poppaea”) at Torre Annunziata, Italy 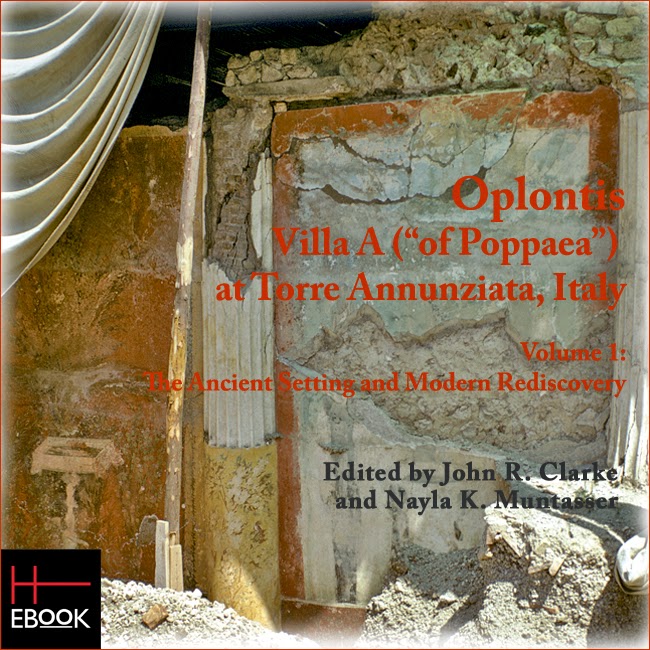 ACLS Humanites E-Book (HEB) is pleased to announce its recent release of Oplontis Villa A (“of Poppaea”) at Torre Annunziata, Italy, Volume 1: The Ancient Setting and Modern Rediscovery, edited by John R. Clarke and Nayla K. Muntasser. This is the first of four volumes devoted to the archaeological discoveries made at the Villa A site at Oplontis (Torre Annunziata, Italy). The Oplontis Project is an initiative operating under the direction of Clarke and Michael L. Thomas of the University of Texas at Austin, in collaboration with the Soprintendenza Speciale per i Beni Archeologici per Pompei, Ercolano e Stabia, as well as an international team of scholars working in multiple disciplines.

The extensive research that gave rise to this publication also includes a navigable, three-dimensional virtual model of Villa A at Oplontis assembled by the Project team at the University of Texas and the King’s Visualisation Lab, King’s College, London, which will be available online in the near future. HEB will eventually incorporate this model into the publication.