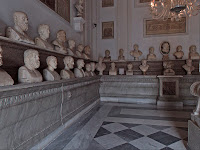 HEB’s XML specifications have undergone a number of revisions since the launch of the collection in 2002, and ongoing technical development at the Scholarly Publishing Office of the University of Michigan Library (SPO), which disseminates the HEB collection online, have also affected formatting and functionality of our XML titles over the years. Therefore, to ensure our books meet our most recent—and replicable — standards, HEB decided to undertake an extensive review and overhaul of all previously published XML titles according to our updated and standardized XML Tools, Functions, and Capabilities.

The XML Title List includes 78 live as of September 2010 and an additional 18 XML titles currently either in production or in development.

The review process itself took place in May and June 2010, and resulting corrections were completed in November 2010. The findings of this review are of value not only to users of the HEB collection but also to those publishers already using, or contemplating deploying, an XML production workflow.


Based on our review, broken external links proved to be the most widespread problem afflicting previously published XML titles. In order to address this, HEB contacted the titles’ originating presses (and in some cases, authors directly) regarding obsolete URLs. All updates we received were incorporated along with any other revisions stemming from straightforward tagging oversights in the XML file itself (though very few titles required further non-URL-related fixes).

HEB had also selected four titles for implementing pop-up divisions, a recently added feature allowing for the display of any “additional materials” in pop-up windows.


There were also a number of revisions to be addressed by SPO, associated with remote processing or the hosting environment rather than with the XML source files and therefore requiring a separate approach. For the most part, these are a result of overarching functionality issues affecting titles across the board rather than being specific to any particular book(s), and the revision process is therefore ongoing.

In all, twelve titles have been re-released with updates and corrections as part of this effort to improve site functionality and reader experience. Additional titles will reflect improvements once the current cycle of development work at SPO is complete. For further information, please contact ngielen@hebook.org.